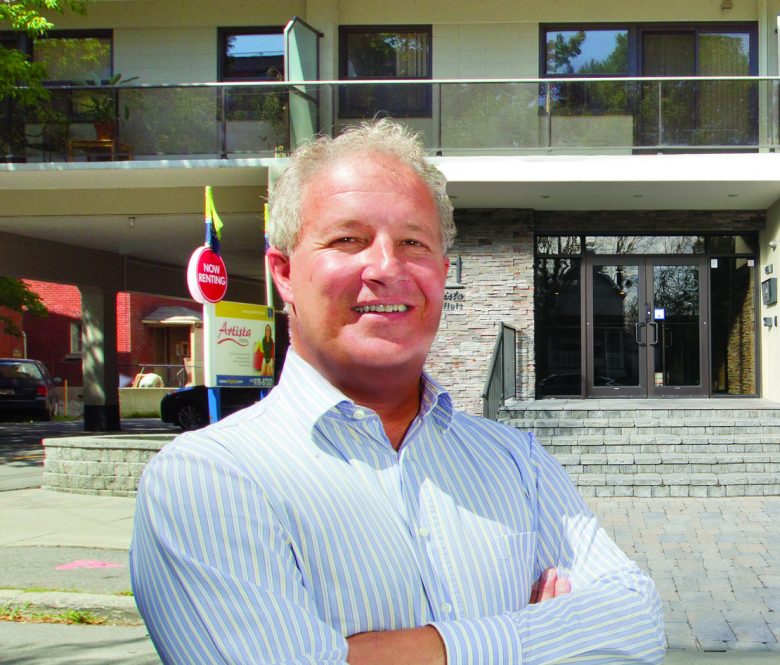 As the President and CEO of CLV Group Inc. and the CEO and Trustee of InterRent REIT, Mike McGahan has been in the real estate industry for over 30 years and has successfully bought, sold, financed and managed hundreds of properties in excess of $3 billion, earning in the process a reputation as one of the top property managers in Canada.

Like many other successful entrepreneurs, McGahan understands the challenges involved in setting up one’s own business and how to focus on learning from past mistakes. He also strongly believes in the notion that hiring smart people who believe and trust in the same core values and principles is key to running a smooth operation.

His advice to those starting out in business: “You have to want to create leaders and team players. It doesn’t matter what your company idea is, you have to hire an amazing team of industry experts you can rely on every day. Smart people build better businesses.”

This theory is applied to McGahan’s daily business operations where, through decades of practice, his knowledgeable team at CLV Group has been offering a wealth of experience in a wide range of real estate services. The company began operations in Ottawa in 1996, but has quickly built up an impressive portfolio of properties spanning more than 20 cities throughout much of Ontario and parts of Quebec.

At a time when more Canadians are staying in the rental market longer, McGahan says that affordable properties are in high demand throughout much of the country.

“A combination of higher interest rates and home prices across Canada have dramatically increased the number of people looking for rental accommodations,” says McGahan.

In the Toronto suburb of Hamilton, for example, the area’s rental vacancy rate has increased to 3.1 per cent but is still below the 10-year average despite an increase in supply, according to the Canada Mortgage and Housing Corporation. As a result, fewer tenants are making the leap to ownership because of more stringent lending rules.

“The good news is that there are a number of rental units under construction which should help offset some of the demands down the road.” he explains.

In addition to the business side of his real estate company, McGahan attributes much of his success as an entrepreneur to CLV Group’s continued involvement in the community.

Living by this philanthropic philosophy, Mike McGahan has been personally involved with several local and national charities, and that desire to give back and dedication to bettering communities has consistently inspired his colleagues at CLV Group to do the same.

“This is not an individual process, this is really a team effort,” McGahan adds. “One of the pillars of our company is about giving back and what more can we do in the community. We want to leave a legacy and try to make our communities better.”

Getting involved in community events can also be beneficial and provide favorable results to young start-ups. According to some reports, informal professional networks and communities are more important for entrepreneurial success than formal structures such as incubators and accelerators. Entrepreneurs’ connections with their peers, however, have been shown to be as important to start-up growth in some cities as the role of institutions.

McGahan also suggests entrepreneurs seek the guidance of a mentor.

“You should have a successful role model whose knowledge and experience will help guide you in your endeavors. Find someone who is willing to share that with you and you’ll be on a path to success yourself,” he says.

The takeaway to all entrepreneurs who want to become successful early in life – start dreaming big and give your time to others, and always move with a pack of reliable people.