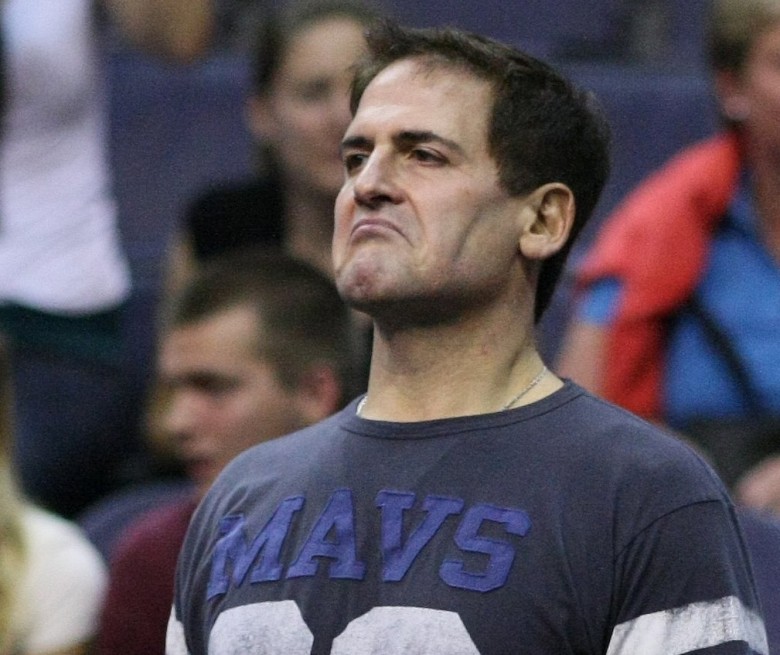 Billionaire Mark Cuban and Carl Icahn, have been duking it out on twitter over Donald Trump. The argument essentially started in the early morning hours of Monday, when Mark, responded to a tweet which Icahn made in which he spoke out against the economic proposals that Hillary Clinton discussed in a speech she made on Thursday, August 12, 2016. The post which Cuban highlighted occurred on August 11, when Icahn asked how can “Hillary” unleash the power of corporations, if she plans to do nothing about what he described as being “strangulating regulation”.

On Monday – August 15, 2016 – The owner of Dallas Mavericks, Mark Cuban, callout out Carl for the fact that he continued to invest in various companies, despite the fact that Carl himself proclaimed that “corporate regulations were strangulating”. Cuban also tweeted that while regulations could improve, the plan that Trump is proposing is a disaster. Shortly after saying this however, he proclaimed that while he admittedly likes Icahn, it did not mean he would not call him out when he is in the wrong. What Mark Cuban was essentially saying, was that Icahn was contradicting himself. He also stated that Icahn was wrong about Trump as well. 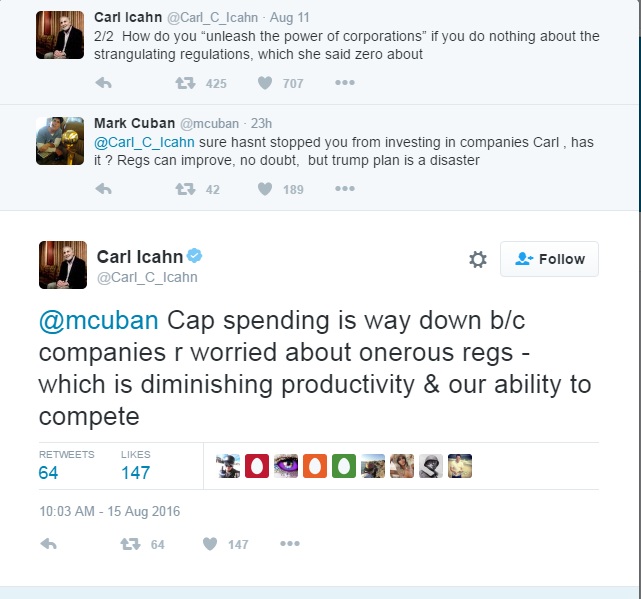 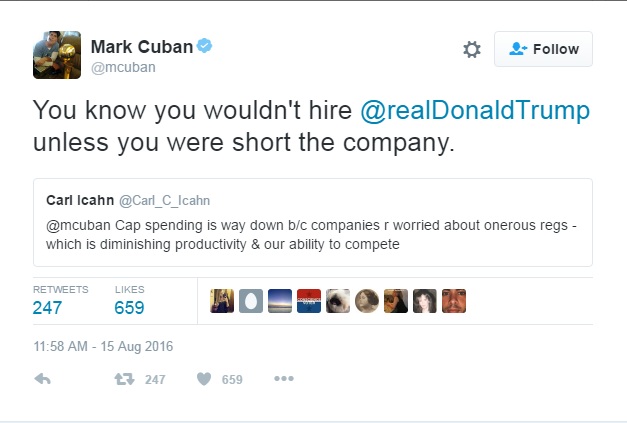 Icahn responded by tweeting that Trump’s economic speech went well and that he did a good job of conducting himself. Shortly thereafter he fired back at Mark. He defended himself by saying corporate regulations have essentially reduced competitiveness and lowered corporate productivity. These regulations, he said, would discourage potential investors from establishing capital investments in the present and foreseeable future. In addition to that, he also stated that while he has in fact, made several investments, it has stopped him from making even more capital investments in US based companies.

In response to this, Cuban fired back by proclaiming that Icahn should look at the bigger picture. He then took another jab by using Icahn’s energy investments as a prime example of why he highlighted his contradictory statements. He proclaimed that if that’s how he feels about current corporate regulations, why does he invest in the most regulated industries.

Cuban himself, has been actively speaking out against Donald Trump for months. He recently endorsed Hillary Clinton at a rally which occurred in Pittsburgh, which is his hometown. During said event, he called Donald Trump a “jagoff” which is a popular demeaning slang term which is commonly used in Pennsylvania.

Icahn himself has promoted Donald Trump’s candidacy, early in his presidential cycled. Trump himself has mentioned Icahn throughout his campaign.

How to Start a World-Changing Non-Profit Organization