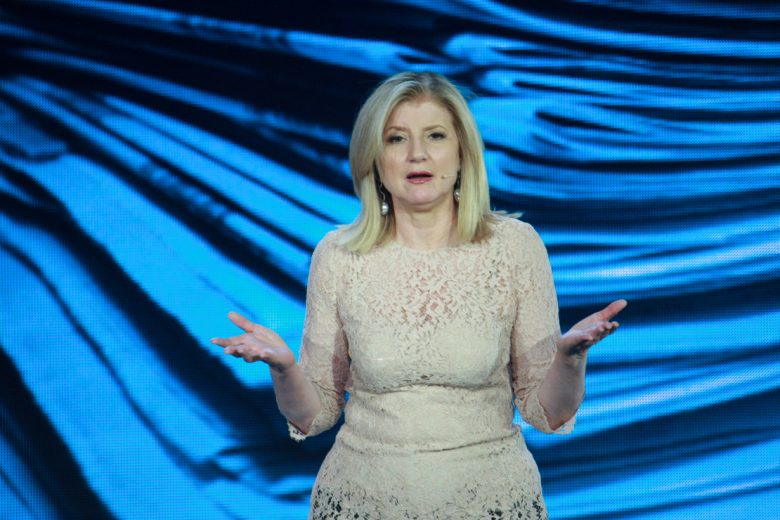 A woman long ahead of her time, Arianna Huffington, has paved the way for women’s empowerment, especially in the world of media, politics, and most importantly, for mental health. Huffington is best known for her role with the “Huffington Post,” which she helped found and served as its Editor-in-Chief for some time. However, Arianna Huffington’s name was already well known in the world for other prominent entrepreneurial pursuits and achievements.

Huffington’s role has evolved over the years, alongside her business aspirations and goals. At one time, her eyes were set on politics, as she was heavily involved in political initiatives and causes. Arianna Huffington now dedicates her time to mental health well-being, as she herself knows firsthand what exhaustion and stress can do to a person in a position of high influence.

Arianna Huffington was born in Athens Greece with the given name Ariadnē-Anna Stasinopoúlou. She attended college at Girton College in the United Kingdom, where she took on prominent leadership roles, especially for a woman. Throughout the 1970’s, Huffington lived in Europe and wrote various books before coming to the United States and continuing her aspiring writing career.

She officially became a “Huffington,” when she married California politician Michael Huffington in 1985.The two went on to have two daughters, but ended up divorcing in 1998.

In the 1990’s, she was heavily involved in political initiatives, as her former husband made an unsuccessful run for U.S. Senate in 1994. Huffington identified as conservative throughout the 1990’s, until she endorsed candidate John Kerry in the 2004 election. In 2003, she independently ran for the Governor of California during the recall election, but withdrew before the final election took place.

She also did a political radio show called, “Left, Right & Center,” as well as assisted in the writing for the Emmy-nominated show, “Politically Incorrect.”

In 2005, Huffington, along with co-founders, Andrew Breitbart, Kenneth Lerer, and Jonah Peretti created the “Huffington Post” (now known as “HuffPost”). This online community focuses on a more liberal political stance, while also sharing insight on a variety of topics outside the political realm as well. Throughout its existence, freelance writers, celebrities, and politicians alike have contributed written content to this website, and it continues to hold a strong popularity to this day.

Throughout her career, Huffington has gone on to be named one of Forbes’ Most Influential Women in Media, a Top 100 influencer in the Media by “The Guardian,” as well as being ranked as the 52nd Most Powerful Women in the World by Forbes in 2014.

Arianna Huffington’s impact on media, mental health awareness, and women’s empowerment are just some of her lifetime accomplishments. She is also a huge advocate for proper sleeping routines for business leaders, going as far as to call herself a sleep evangelist on social media platforms.

To honor this accomplished media entrepreneur, I have compiled a list of 25 of the best and most inspirational Arianna Huffington quotes. These influential words from one of the modern days’ most acclaimed writing novices can hopefully help empower you to not only go after your leadership dreams, but to also take care of yourself and your well-being in the pursuit of success.

“But you have to do what you dream of doing when you’re afraid.”

“Trying to be supermom is as futile as trying to be the perfect mom. Not going to happen.”

“We may not be able to witness our own eulogy, but we’re actually writing it all the time, every day.”


“Just change the channel. You are in control of the clicker. Don’t replay the bad, scary movie.”

“We all have within us the ability to move from struggle to grace.”

“Treat people like family, and they will be loyal and give their all.”

“We need to accept that we won’t always make the right decisions sometimes and that we’ll screw up royally sometimes.”

“Vision without execution is hallucination.”

“I find that I am much more creative when I’ve actually taken care of myself.”

“Give me a place to stand and I will move the world.”

“Live your life as if everything is rigged in your favor.”

“Rob yourself of sleep, and you’ll find you do not function at your personal best.”

“Don’t buy society’s definition of success, because it’s not working for anyone.”

“The happiest people are the most giving.”

“When we believe in something, we got to stay with it, even when the world tells us no.”

“Fearlessness is like a muscle. I know from my own life that the more I exercise it, the more natural it becomes to not let my fears run me.”

“Our current obsession with creativity is the result of our continued striving for immortality in an era when most people no longer believe in an after-life.”

“The more we refuse to buy into our inner critics – and our external ones too – the easier it will get to have confidence in our choices, and to feel comfortable with who we are – as women and as mothers.”

4 Business Expenses You can Cut Today