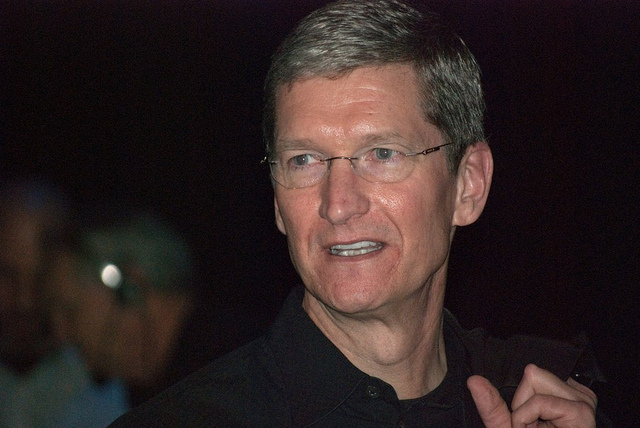 Apple CEO Tim Cook released a letter yesterday, revising guidance for the company’s Q1 fiscal results. Apple had previously told investors they could expect revenue of $89 billion to $93 billion in its first quarter. However, the letter stated a new estimate of just $84 billion, 7.6% lower than anticipated.

The note also listed a variety of reasons for the decreased revenue, including lower than expected results in emerging markets.

“While we anticipated some challenges in key emerging markets, we did not foresee the magnitude of the economic deceleration, particularly in Greater China,” Cook says in the letter. “In fact, most of our revenue shortfall to our guidance, and over 100 percent of our year-over-year worldwide revenue decline, occurred in Greater China across iPhone, Mac and iPad.”

Other reasons could also be weaker-than-anticipated iPhone upgrades, a strong US dollar, and iPhone battery-replacement program. The complete set of reasons is discussed here.

While there were fewer iPhone upgrades than normal, the non-phone categories (such as the Mac, Apple Watch, and iPad) grew 19%. However, since smartphone sales have been an integral part of the company’s revenue, the slowing down sales would greatly affect Apple’s bottom line.

Cook does point out that Apple has seen other difficult financial times before and served them. “As we exit a challenging quarter, we are as confident as ever in the fundamental strength of our business. We manage Apple for the long term, and Apple has always used periods of adversity to re-examine our approach, to take advantage of our culture of flexibility, adaptability and creativity, and to emerge better as a result.”

Analyst Patrick Moorhead says that this downturn is no reason to panic. “The company is growing its services and ‘other’ categories, just not enough to drive overall revenue growth,” he told TechCrunch. “I am not concerned for the company, but it’s likely investors will not see the company value it was at until it can see a likely path to double-digit revenue growth.”

As of this morning, US stocks were down and the Dow declined nearly 2.5%.

4 Tips to Deal With Change as a Business


4 Key Things to Consider When Making your First Hires